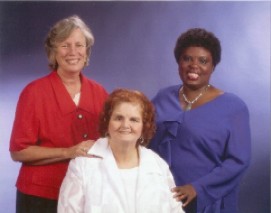 Sue had begun to work for institutionalized clients with legal aid in Jacksonville, Florida because she wanted to extend legal services to this group of isolated, usually poor, individuals. When she moved to Atlanta in 1984, Executive Director Steve Gottlieb supported her beginning a project to serve this population with the Atlanta Legal Aid Society.  The project quickly developed a reputation for its strong advocacy.

Sue focused on a range of issues from treatment rights to discharge rights and, increasingly, on the right to receive services in the community rather than in an institution. She had tremendous success in achieving results for individuals, often due, she believes, “to the unusual presence of legal advocates `inside the walls’ of these isolated places.” 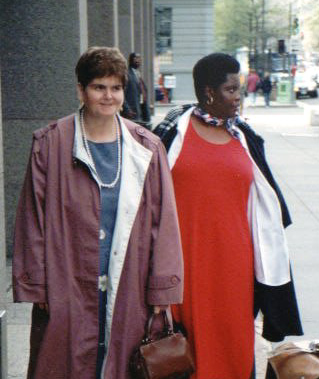 The facts in Olmstead were typical of Sue’s cases. Lois Curtis had been in and out of Georgia’s state-run institutions throughout her life. Her family felt unable to deal with her disabilities. Although the hospital treatment staff often bemoaned the dead-end nature of Ms. Curtis’s institutional confinement, the state was unyielding: there were no available community placements and the state had no legal obligation other than continuing her institutional confinement.

Elaine Wilson, another resident of the facility, told Sue that she had been threatened with discharge to a homeless shelter. This was a relatively common practice. Ms. Wilson had been institutionalized over thirty-five times and discharged to marginal personal care homes throughout her life. 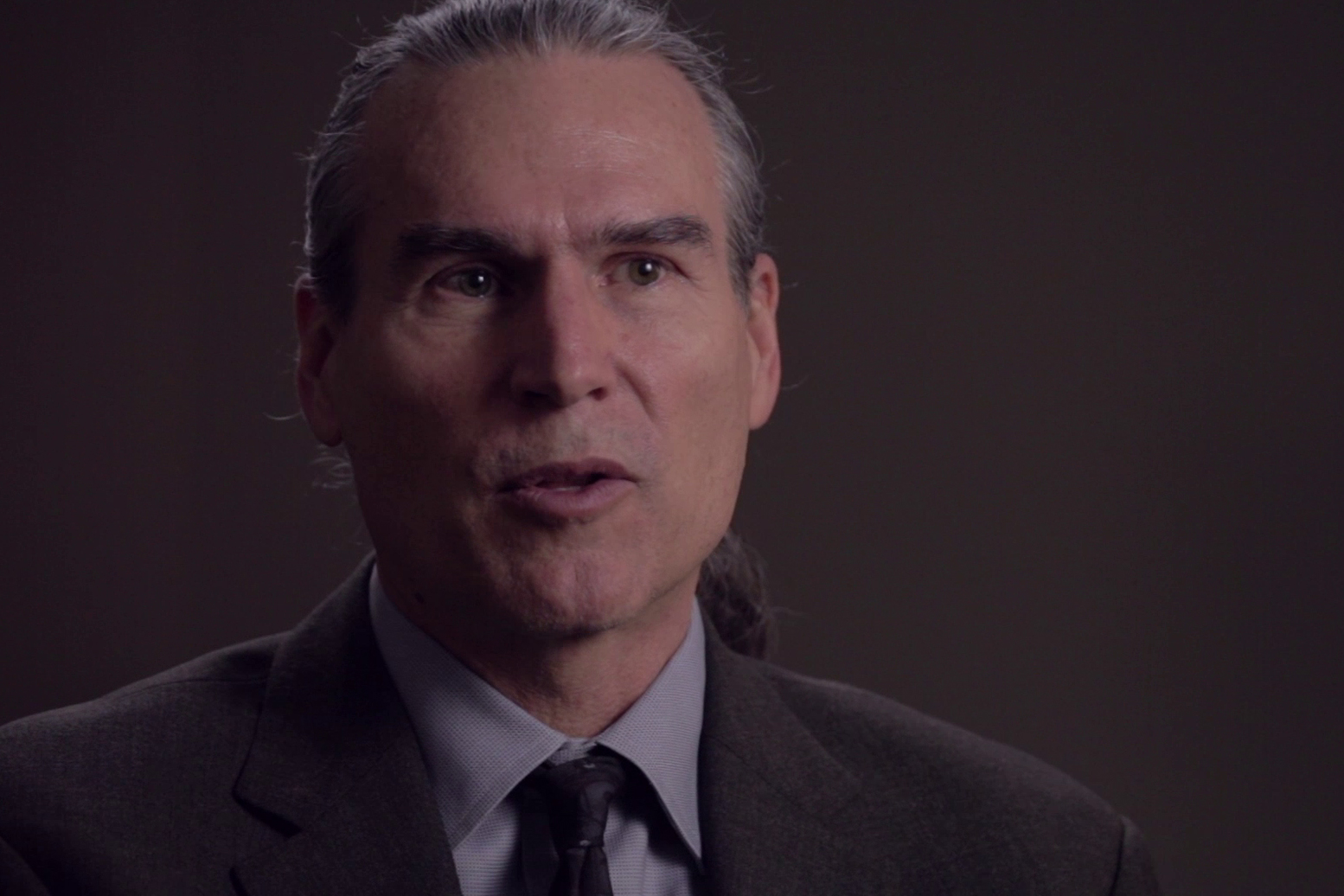 Litigation Director Steve Caley encouraged Ms. Jamieson to try a new tactic from her previous cases inspired by a decision of the U.S. Court of Appeals for the Third Circuit.  The Third Circuit had held in a case called Helen L. that the Americans with Disabilities Act integration regulation required Pennsylvania to provide services through a community-based Medicaid program rather than in a nursing home.  The critical decision to shift to the discrimination claim was the engine that drove the case all the way to the Supreme Court.

Sue and the Atlanta Legal Aid Society filed the case on behalf of Lois Curtis and soon added Elaine Wilson.  The plaintiffs won substantial victories in front of United States District Court Judge Marvin Shoob and in the Eleventh Circuit Court of Appeals.  Both courts held that the state was required under the ADA to serve the plaintiffs in the community rather than confine them in an institution since the plaintiffs’ treatment professionals agreed that plaintiffs could live in the community.  The State of Georgia appealed to the United States Supreme Court.

In a landmark decision, the United States Supreme Court recognized in 1999 in its decision in Olmstead v. LC that it was discrimination to unjustifiably isolate individuals in institutions who could live in the community.  It created a three-part test for determining when the ADA mandated community services and suggested that states create plans to shift services for individuals with disabilities from institutions into the community.

Thus, the project that Ms. Jamieson began in 1984 to serve those who had been marginalized in institutions led to a sweeping United States Supreme Court decision that has improved the lives of individuals confined in institutions in all 50 states

Despite the Supreme Court decision, change often proved frustratingly slow, particularly in Georgia. Thus, Sue and other mental health advocates filed civil rights complaints as well as another federal lawsuit on behalf of individuals confined in institutions in order to obtain Olmstead relief.  Each of these individuals was able to transition into the community, but Georgia made very little change to its overall system.

In January 2007, the Atlanta Journal Constitution (AJC) published an extensive series of articles exposing serious incidents of neglect, abuse, and deaths in the state hospitals.  The first article in the Hidden Shame Series told the story of 14 year-old Sarah Crider who died at Georgia Regional Hospital after her lungs filled with vomit and she suffered a severe intestinal blockage that stretched her colon to the point of bursting.  An investigation found that Sarah’s death was avoidable and that the hospital failed to monitor and assess her. Sarah’s death was one of 115 suspicious deaths over a five-year period, according to the AJC.

Then, in January 2009, the Justice Department entered into a surprisingly weak settlement with Georgia that focused on fixes inside the hospital, but which did not provide any concrete requirements for building a community infrastructure of services.

A coalition of mental health advocates across the state, including Sue and the Atlanta Legal Aid Society, objected to the weak settlement because of the glaring absence of Olmstead relief.  U.S. District Judge William Pannell then required Georgia and the Justice Department to negotiate with advocates before he would finalize the settlement agreement.  During the following two years of negotiations and litigation, the Justice Department re-oriented its focus and priority to Olmstead and ultimately made Olmstead a priority for its Civil Rights Division.

During the Justice Department litigation, a separate process began of strategic planning for all individuals in the state with disabilities.  In 2008, Governor Perdue had signed a settlement agreement finally ending the civil rights complaints that Sue and others filed just after the Supreme Court decision.  As part of that settlement, the Governor created an Olmstead Planning Committee that would create an Olmstead Plan for all individuals with disabilities in institutions, including nursing homes, or at risk of institutionalization.

Atlanta Legal Aid spent considerable time working with advocates, providers, and state policy makers to create what is likely the most comprehensive state Olmstead Plan in the country.  A critical element of the Olmstead Plan was the recognition that stable housing with state subsidies was essential to a community infrastructure for people with mental illness.  The Plan called for 2000 state subsidized units of such housing.  The Olmstead Plan was passed out of the Olmstead Committee and sent to Governor Perdue in August 2010.  However, to date, it has not been approved by the Governor’s office.

In October 2010, the Justice Department litigation concluded with the state agreeing to provide a vast array of community services for people with mental illness and developmental disabilities.  The agreement includes 2000 units of state subsidized housing, the assurance that 9000 people will receive some type of supported housing, short-term crisis stabilization units, peer support, bridge money to support transitions from state hospitals, supported employment, multiple levels of case management, as well as Medicaid waivers and family supports for individuals with developmental disabilities.  While the supports in the settlement agreement are not enough to meet the enormous need in Georgia, it is a substantial step forward.

Sue and disability advocates across the state are working hard to help ensure success.  For Sue and her colleagues at the Atlanta Legal Aid Society, this includes taking on additional clients in state hospitals to ensure they obtain the new services and that such services work, educating the community about the agreement through brochures, social media, and speeches, and meeting with the state policy makers responsible for implementation.  Additionally, Sue and Atlanta Legal Aid are working to ensure the promise of Olmstead becomes a reality for all those individuals with disabilities not covered by the Justice Department Settlement Agreement.