Sue Jamieson brought the most important civil rights case for people with disabilities in our country’s history.   As an attorney with the Atlanta Legal Aid Society, Inc., she was the key attorney in Olmstead v. L.C.  Olmstead is repeatedly referred to as the Brown v. Board of Education decision for people with disabilities.  When Sue originally filed the Olmstead case, she had no idea that it would turn out to be a landmark civil rights decision from the United States Supreme Court.  It was simply an extension of the unique advocacy that she was doing on behalf of men and women confined in Georgia institutions.  Sue's Story Continued 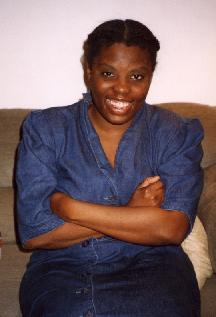 Lois Curtis grew up in a public housing project. Although surrounded by a loving family, she also experienced violence and struggles both in her neighborhood and at home, and by twelve years old, she was diagnosed with severe mental disabilities. Once diagnosed, Lois was forced to leave public school and attend a psycho-educational center. The separation from her friends and family was traumatic for Lois, and her behavior failed to improve.  Lois's Story Continued 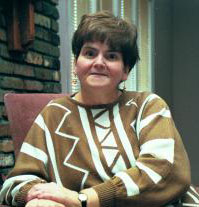 Elaine Wilson became seriously ill when she was one years old. She was hospitalized with a raging fever and it was unclear whether she would survive the disease. When the fever finally broke and Elaine was well enough to be sent home, her mother discovered that Elaine had lost some of her early motor function abilities, such as crawling or even sitting up by herself. The doctors assured Elaine's mother that her apparent descent into the helplessness of previous months was only a lingering effect of the illness, and that she would soon recover. Elaine eventually did recover, but very slowly.  Elaine's Story Continued